Takeway point: If your house is bigger than Tom Friedman's mansion (below), maybe you should consider a lifestyle change: 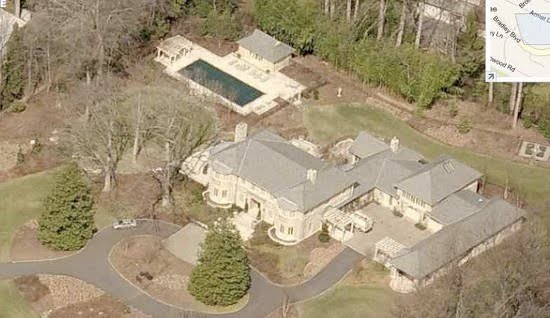 I would gather a guess that James Camerons House ( or should I say homes ) is a bit larger than that, not to mention his so-called carbon footprint,,,,what a bunch of hypocrits.

Maybe he should join with Napoleon Obama and his wife Michelle Josephine and ask us to eat cake!

Someone needs to do a documentary on the carbon footprint of the do as I say, not as I do global warming alarmists.

I don't know what people are complaining about.

He doesn't have his own jet terminal (as far as I can see from the photograph) and he's obviously pretty average middle class.

Plus, there are no Humvees evident in the picture - so he's pretty eco-conscious, I would say.

Does he use the same Realtor as Gore?

the NYT is 1.3 billion in debt and all i got was this little house?